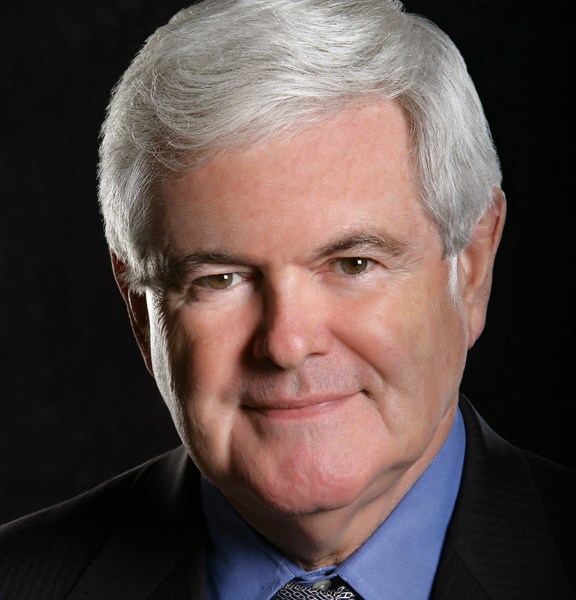 Speaker Newt Gingrich is Chairman of Gingrich 360, a multimedia production and consulting company based in Arlington, Virginia. As former Speaker of the House of Representatives, Mr. Gingrich is well known as the architect of the “Contract with America” that led the Republican Party to victory in 1994, creating the first conservative majority in the House in 40 years. He was a Republican candidate for President of the United States in 2012.

Mr. Gingrich is a Fox News contributor, podcast host (Newt’s World), and syndicated columnist. He is the author of 41 books, including 18 fiction and nonfiction New York Times bestsellers. His latest books include Beyond Biden, Trump and the American Future, and Shakedown.
Mr. Gingrich and his wife, Ambassador Callista L. Gingrich, host and produce historical and public policy documentaries. Recent films include “The First American” and “Divine Mercy: The Canonization of John Paul II.”
Recognized internationally as an expert on world history, military issues, and international affairs, Mr. Gingrich is the longest-serving teacher of the Joint War Fighting course for Major Generals. He also teaches officers from all six services as a Distinguished Visiting Scholar and Professor at the National Defense University. In addition, Mr. Gingrich served as a Member of the Defense Policy Board. He was a member of the Terrorism Task Force for the Council on Foreign Relations, and he co-chaired the Task Force on United Nations Reform, a bipartisan congressional effort to modernize and improve the United Nations.

Mr. Gingrich and Ambassador Gingrich reside in McLean, Virginia and have two daughters and two grandchildren.