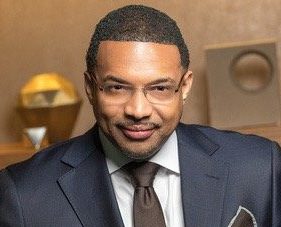 Additionally, Dr. Richey is an on-air radio personality at V-103 FM WVEE and host of The Rashad Richey Morning Show on News & Talk 1380-WAOK, where he was voted “Best Talk Radio Personality in Atlanta” by readers of the Atlanta Journal-Constitution, making him the first African-American to receive this distinction. He has interviewed newsmakers across the entertainment and political spectrums, from Ice Cube to Vice President Kamala Harris. When Dr. Richey is not on radio, he’s on television as an Emmy-nominated TV news analyst and provides political commentary for CBS News Atlanta, MSNBC, Fox News, and others. Dr. Richey anchors the daily national TV news show, Indisputable with Dr. Rashad Richey.

Dr. Richey earned his bachelor’s degree and MBA from Beulah Heights University, Ph.D. from Scofield Graduate School, and his second doctoral degree from Clark Atlanta University with a research focus on political analysis and policy reform in higher education. Currently, Dr. Richey is a law student at Birmingham School of Law.