Cancel culture has claimed another victim.

This time it was Dorian Abbot, a physics professor who was scheduled to talk at MIT about “climate and extra-terrestrial life” — except he committed the sin of expressing differing beliefs about diversity. He published an opinion piece that argued diversity and inclusion politics were undermining the primary mission of universities, which is to teach.

That triggered a stream of outrage from the woke Twitter mob, which used social media to browbeat MIT into cancelling Professor Abbot’s lecture. The progressive Left is so consumed with identity politics it is attacking any differing opinions, and kneecapping reason and truth, in the process.

When will it stop?

A lecture by a physicist was canceled at one of America’s premier institutions of science, MIT, for reasons having nothing to do with the subject of the lecture.

The lecture was canceled because some self-appointed Social Justice warriors had very different opinions on diversity than the scientist scheduled to give the lecture.

Dorian Abbot is a professor in the department of the geophysical sciences at the University of Chicago. He has an undergraduate degree in physics from Harvard and a Ph.D. in applied mathematics also from Harvard.

Abbot was scheduled to give the annual John Carlson lecture at MIT in the department of earth, atmospheric and planetary sciences. The topic was to be “climate and the potential for life on other planets.”

But this lecture did not take place at MIT because Abbot had defied the race speech police and social justice warriors by publishing an opinion piece in Newsweek entitled “The Diversity Problem on Campus.”

In the opinion piece, Abbot had argued that the politically correct regime now taking control of America’s universities, which he and his co-author identified as “DEI” — diversity, equity, and inclusion — is undermining the mission of what universities are supposed to be about: “the production and dissemination of knowledge.”

Abbot’s opinion piece proposed that “MFE” — merit, fairness, and equality — be adopted as the regime to define hiring practices instead of DEI.

Abbot paid the price for publicly expressing such heresy. Twitter outrage descended on the administration at MIT, and Abbot was disinvited.

Racism is all about destroying individuality and making predetermined judgments about who any individual is based on immutable characteristics. So, when progressives and other social justice warriors use ethnicity and skin color to advance their now not so hidden agenda, our whole society loses national cohesiveness.

How can any Black child in America not be injured when they are taught that what is most important is their skin color, not that they are special and unique human beings made in the image of God?

Science advances when we recognize that truth is bigger than and beyond any single human mind. Truth is discovered, piece by piece, through humility and hard work, not political arrogance, pretending everything is already known.

We might recall that modern science only emerged some five centuries ago.

It wasn’t all that long ago that most believed that the sun moved around the Earth rather than the other way around. Scientists who concluded that that prevailing view was wrong, were attacked, and their books were banned.

One famous graduate of MIT was the great Nobel laureate physicist Richard Feynman.

Political correctness is undermining personal responsibility and personal development. Now it is threatening to undermine science and truth under the guise of racial justice: Diversity, Equity, and Inclusion;

and the people getting hurt the most by these threats, are the very folks that need to explore deeper understanding of truth the most.

Increasing deference of reality to public relations, meaning suppressing what is true to serve what the politically correct want to be true, is destroying our national integrity, alienating the very people that social justice warriors say they are trying to help, and threatening the very future of our nation. 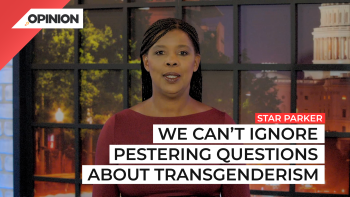