What’s fueling the debate over mask mandates and vaccine requirements across the U.S.? Is it disagreements over science? Is it about personal comfort and safety? It’s really about our nation’s founding principles.

Are we a free country that tolerates risk, and believes in convincing people through reason, and persuasion, via open and honest inquiry and discourse, or are we a statist country, paralyzed with hysteria, in which we are ruled—rather than self-governed—by force, coercion, and censorship?

When it comes to talk of mask and vaccine mandates—and likely along with them, more lockdowns, and extreme, creepy surveillance-state measures—these are the fundamental questions that matter.

They trump the public health issues at play, however significant they are, and they are significant–which like with national security, can easily be manipulated to justify a slew of measures incompatible with the free republican nation that America is supposed to be, and disproportionate to the purported threats.

We could have a very long conversation here about the merits of masks and vaccines.

We could closely examine their effectiveness; breakthrough rates and findings from all manner of countries before and after imposing such mandates; we could talk about the experiences of different states, and countries, in terms of health consequences with and without mask mandates, and later in terms of vaccination rates, infections, hospitalizations, fatalities, etc; I could tell you what I think about all of these issues, and whether I think wearing masks all the time, or getting vaccinated are reasonable, how we should think about weighing costs and benefits, and the like.

But all of that would still be secondary.

We could also talk about whether the authorities deserve confidence in their assessments and recommendations, or if in fact they’ve seemingly done everything in their power to systematically undermine confidence in themselves, from the earliest days of the pandemic–from the models they based the never-before-done-in-history lockdown policies on; to views as we discussed in a prior opinion piece on asymptomatic spread; where the idea of six feet distancing came from; advocating from no masks to double-masking; dismissing theories on the origins of the pandemic unscientifically; masking little ones in spite of all evidence to the contrary on the necessity of it, and ignorance of the costs to it; and of course the much broader issue of the dishonest way the pandemic response was presented almost from the start — that you either lock everyone down and we survive, or you keep everything open and we have a bloodbath — which was never a logical or reasonable response, just like it appears we’re witnessing a similar one today with respect to the implied effort to try to get to COVID zero, rather than managing this virus like the myriad other maladies that we live with.

But all of that again–especially in context of a disease that acutely impacts individuals with certain, largely known health profiles to date–rather than one indiscriminately rampaging through our society and killing everyone–is secondary to the question of whether we are a free country, or an unfree one and what that dictates in terms of policies.

Forcing anyone to inject themselves with anything at the point of a government gun, with any substance, and then particularly with a substance whose medium and long-term effects are unknown, that has been issued under emergency use, is immoral, and frankly tyrannical.

Mask mandates are less disturbing on their face, but leaving aside again questions about whether a piece of cloth really prevents dangerous particles from spreading, the issue is the mandate, more than the mask.

And if the evidence is so overwhelming and compelling, and these tactics work as advertised, and people deem the risks accordingly, you shouldn’t need a mandate for them.

Separately, by the logic of the mandaters, the state should be able to require of the public a whole series of behaviors under the guise of public health.

There are heck of a lot of things that make us sick and can kill us. There are lots of things that are a drain on public dollars, and affect the health and safety of others, that government could try to control and mitigate through carrots and sticks.

By the logic of the mandaters, why shouldn’t the government demand that we all adhere to a certain diet?

That we all exercise a certain amount each week?

That we don’t drive cars given how dangerous they can be?

While we’re at it, consuming “disinformation” as the authorities define it could negatively impact mental health, and lead some people to lash out, and support destructive policies, and therefore threaten our ability to function as a society.

So why shouldn’t government mandate that only the news and opinion that it approves of be consumed?

As I cover in another video on the Biden administration’s national security plans, of course, we’re heading that way.

Do you see the slippery slope here? The argument of public health can easily be abused and lead to tyrannical actions, and those actions aren’t soon undone?

There’s talk of going door to door regarding vaccines, which the health secretary said was perfectly legitimate since the government helped support the development of the vaccines; imagine with that logic, the government can mandate almost anything because the government’s involved with paying for almost everything with your dollars, there’s talk of vaccine passports as well; where do you think this ends, and why do you think that once these kinds of powers are gained, and these kinds of actions are normalized, that again they won’t be abused, exploited, and leveraged for political ends?

We know that the coronavirus response in general has been political, and about power and control, because remember that when you were stuck in your home last year, and couldn’t go to a restaurant, or church, or celebrate holidays at your friends or family’s, or see your loved ones, people were allowed to riot and loot in the streets with impunity simply because their ideological concerns were valued over yours. Look at our open border today.

And look at where we are today. There’s a campaign in politics and media to demonize those who for any of a number of reasons refuse to get the jab.

This is cynical, dividing, and conquering, and of course aimed at targeting Republicans, even though the vaccine hesitant, so called, also disproportionately include those who largely vote Democrat—namely blacks and Hispanics, have chosen not to get vaccinated.

These mandates pose a danger to our very way of life. The danger is posed by the very authorities who have already imposed incalculable damage in blood and treasure on American society through their lockdowns, and patently anti-scientific and often arbitrary measures implemented over the last 18 months.

Yes to people making informed decisions for themselves — and yes to them being able to make those decisions guided by an open and transparent government, which, in tandem with the private sector, DOES NOT seek to censor and stifle debate over these and all manner of other important issues, but invites it, and meets skepticism with a sober, rational response, rather than browbeating people.

The destruction of liberty in this country now being threatened will only compound the tragic losses we’ve suffered over the last 18 months.

Becoming more and more like China will kill the American system itself — and with massive, incalculable damages to our liberty, prosperity, and to our life and ultimately limb too.

And the Communist China most culpable for the coronavirus pandemic would love nothing more than to see it happen just like that. 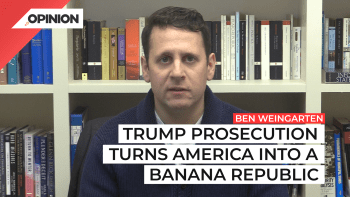 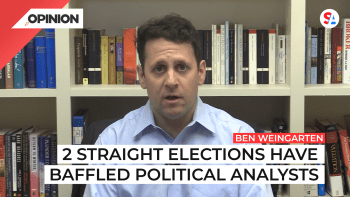 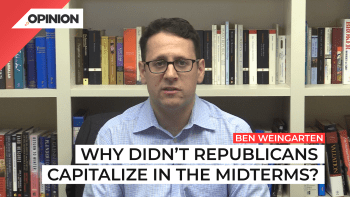 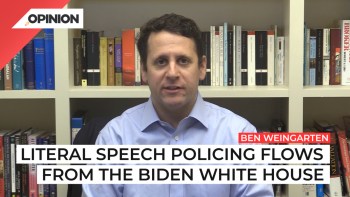 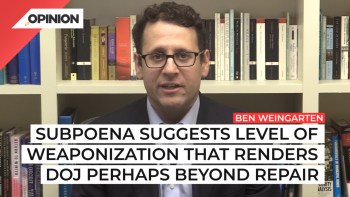 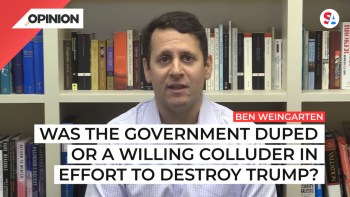 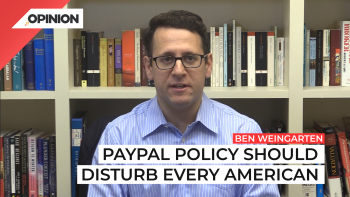 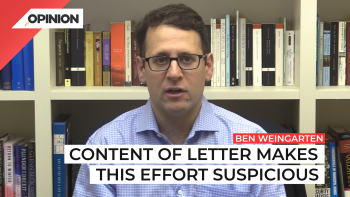 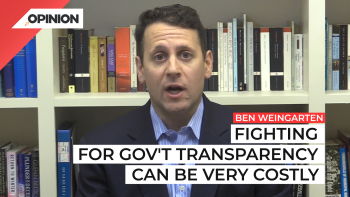 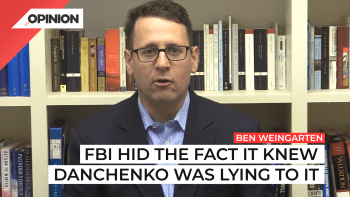