America’s failures in the 20 years since the 9/11 attacks reveal six lessons on how our country should deal with terrorism.

Our leaders have dishonored those who perished on 9/11, and the thousands who have fallen fighting in their names in the two decades since.

We’ve sought to avenge the dead with policies that have undermined America’s national interest abroad and our freedom at home.

The Afghanistan withdrawal and the effort at nation-building that preceded it, at the cost of thousands of lives, tens of thousands of casualties, and trillions of dollars perfectly captures our leaders’ failures.

And it’s being compounded now as we increasingly partner with the very Taliban that we had ousted from power, and to which we outsourced the security of Americans, while we are importing unvetted Afghan refugees by the tens of thousands, some percentage of whom have terror ties, and Americans are left behind.

We sent men and women to fight and die to bring primitive, pre-civilizational Islamists Gender Studies in response to jihadist attacks.

Now, our leaders are running a domestic counter-terror strategy that targets as potential extremists the very same men and women—veterans, particularly conservative ones—we sent to fight and die.

It should never happen again.

But for it to never happen again, there are lessons that need to be learned.

Here are six that I consider to be the most critical, as we reflect on 9/11 20 years on.

First, we have to study the threat doctrine of our enemies. Whether it’s the Marxist-Leninists in China, or the jihadists of Al-Qaeda or Hezbollah, when you’re dealing with an adversary you need to know what makes him tick—his goals, tactics, and strategies, his worldview, his history.

Our government purged the very materials that would have allowed us to identify the jihadist enemies’ goals, strategy, and tactics particularly during the Obama years.

The failures over the last 20 years in the Middle East reflect that we never understood Islamist ideology, and the cultures with which we were engaging. If we did, we would not have been mired in wars that so eroded our dominant geopolitical position.

That leads us into our second observation: you can’t nation-build in places inhospitable to your values and principles, nor is it in our interest to do so. Islamist, tribal backwaters cannot be made into Jeffersonian democracies.

And if you try to impose Jeffersonian democracy on them, you’re bound to end up costing yourself in blood, treasure, and your national soul, while increasing resentment and drawing people who might loathe you but not be compelled to take up arms against you into the fight.

The job of our leaders is to protect our citizens, period, full stop, and that means deterring and where necessary destroying adversaries, not trying to turn them into us.

That leads us to point three: peace through strength is real. We are not nation builders, but we do possess the most sophisticated military in the world. That’s why we’ve been at our most successful in executing strikes, and assaults, like the original incursion into Afghanistan, the taking out of the likes of Osama bin Laden and Qassem Soleimani, and the crushing of the Islamic State.

In the Islamic world—and in most of the world—the strong horse rules, which means what is most effective is to use absolutely overwhelming force to crush adversaries in select situations as a warning to anyone who would dare endanger us, or harbor those who would, that any threat to the United States will be mercilessly eliminated.

It’s NOT to try and make Switzerlands out of Afghanistan.

Fourth, if you’re going to engage militarily, you have to have clear, measurable, and achievable goals, you have to pursue them using as much force as is necessary applied as quickly and efficiently as possible, and you have to have an exit strategy.

Otherwise, you get mission creep that breeds corruption, incompetence, and ultimately failure.

The goal should be to fight massive very small battles to avoid very massive, very large and endless wars.

And, by the way,  if you fight with political correctness that calls for nation-building in the first place, you fight with suicidal rules of engagement that make your soldiers sitting ducks and privilege those who want to kill them.

You, as noted before, purge the very materials that tell you everything you need to know about your adversary, and you even modify the name of the war so as not to step on your adversaries’ toes, guess what, you’re bound to lose.

Fifth, it’s obvious, but one way to avoid wars is to harden your homeland against attacks that would draw you into them.

9/11 on a practical level was an immigration failure.

The hijackers of the planes would have never hijacked them if they hadn’t gotten access to American soil in the first place.

Yet again, today, our borders are wide open. For the last 20 years, we’ve encouraged mass immigration from majority Muslim countries, terrorist laden ones, knowing of our vetting issues, and knowing that foreign-born terrorists have continued to commit attacks here.

Heck, it’s estimated again that one hundred of the Afghan evacuees have been flagged for terror ties. This is madness.

Last but not least, we must not sacrifice our liberty and justice in trying to defend against those who would deprive us of our liberty and justice. The creation of national security and intelligence powers ripe for abuse and being turned on Americans has been among the worst of the self-inflicted wounds in our response to 9/11. The hyper-politicization of our national security and intelligence apparatus may well have done irrevocable damage to the American system. I don’t think that’s an overstatement.

After the Cold War ended, writing in The National Interest in 1990, the late Jeane Kirkpatrick said this:

A good society is defined not by its foreign policy but its internal qualities—by the existence of democracy, opportunity, fairness; by the relations among its citizens, the kind of character nurtured, and the quality of life lived.

Foreign policy becomes a major aspect of a society only if its government is expansionist, imperial, aggressive, or when it is threatened by aggression. One of the most important consequences of the half century of war and Cold War has been to give foreign affairs an unnatural importance. The end of the Cold War frees time, attention, and resources for American needs.

Comments are still pending approval. Rate this story to add your own thoughts below.

America’s failures in the 20 years since the 9/11 attacks reveal six lessons on how our country should deal with terrorism. 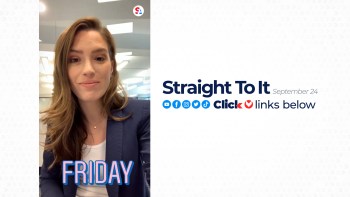 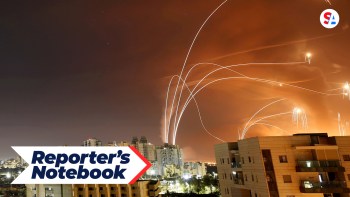 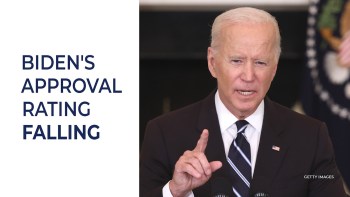 Explainer Biden’s poll numbers are faltering, but history shows he has time to recover 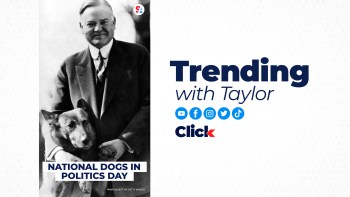 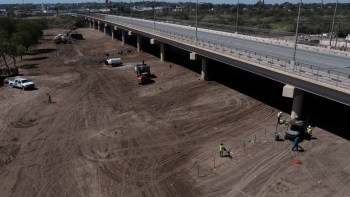 Community ratings are revealed after you rate the story.

Watch the video to unlock rating

Keep us honest! Let us know if you thought this video was neutral or biased.

Comments are still pending approval. Rate this story to add your own thoughts below.

Explainer Biden’s poll numbers are faltering, but history shows he has time to recover